Municipalities, with respect to highways under their jurisdiction, may, by ordinance, prohibit the operation of trucks or other commercial vehicles, or may import limitations as to the weight thereof, on designated highways, which prohibitions and limitations shall be designated by appropriate signs placed on such highways. The definition of highways includes any publicly maintained roadway, street, alley or trail. Reference Minnesota Statue 169.87 and Fridley City Code Chapter 503: Road Weight Restrictions. Each year the City Council adopts a resolution designating which city streets have weight restrictions. 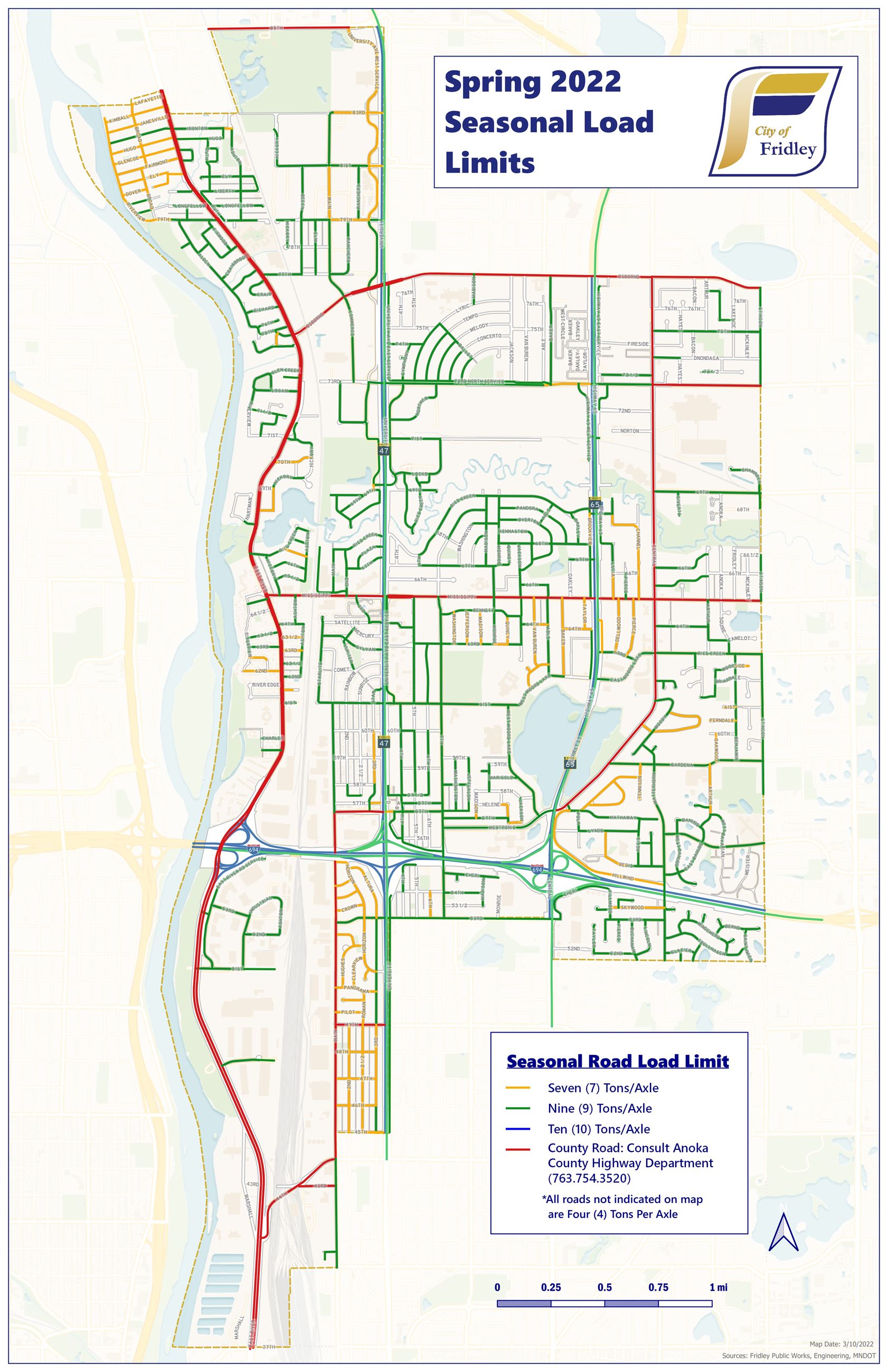