In 2013, staff identified a trend of increased costs for repair and replacement projects needed to keep the buildings housing Police, Fire, City Hall and Public Works viable. This increasing financial need was 2-3 times above what was historically necessary. An independent engineering study evaluated building conditions and revealed serious issues.

A ceremonial groundbreaking took place on May 20, 2017. The site is anticipated to be ready for city services occupancy in November 2018. 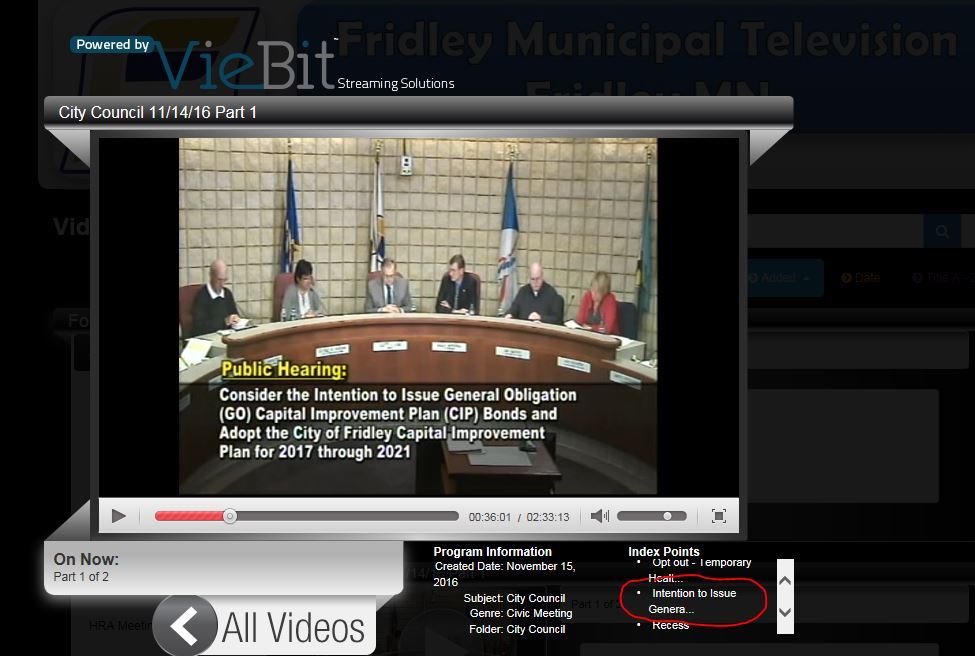 Fridley City Hall and Public Works buildings are over 60 years old, and as the costs of repairs piled up, the City Council authorized a study last year by an independent engineering and architectural firm to look at the conditions of these buildings. The results show deficiencies in three areas: 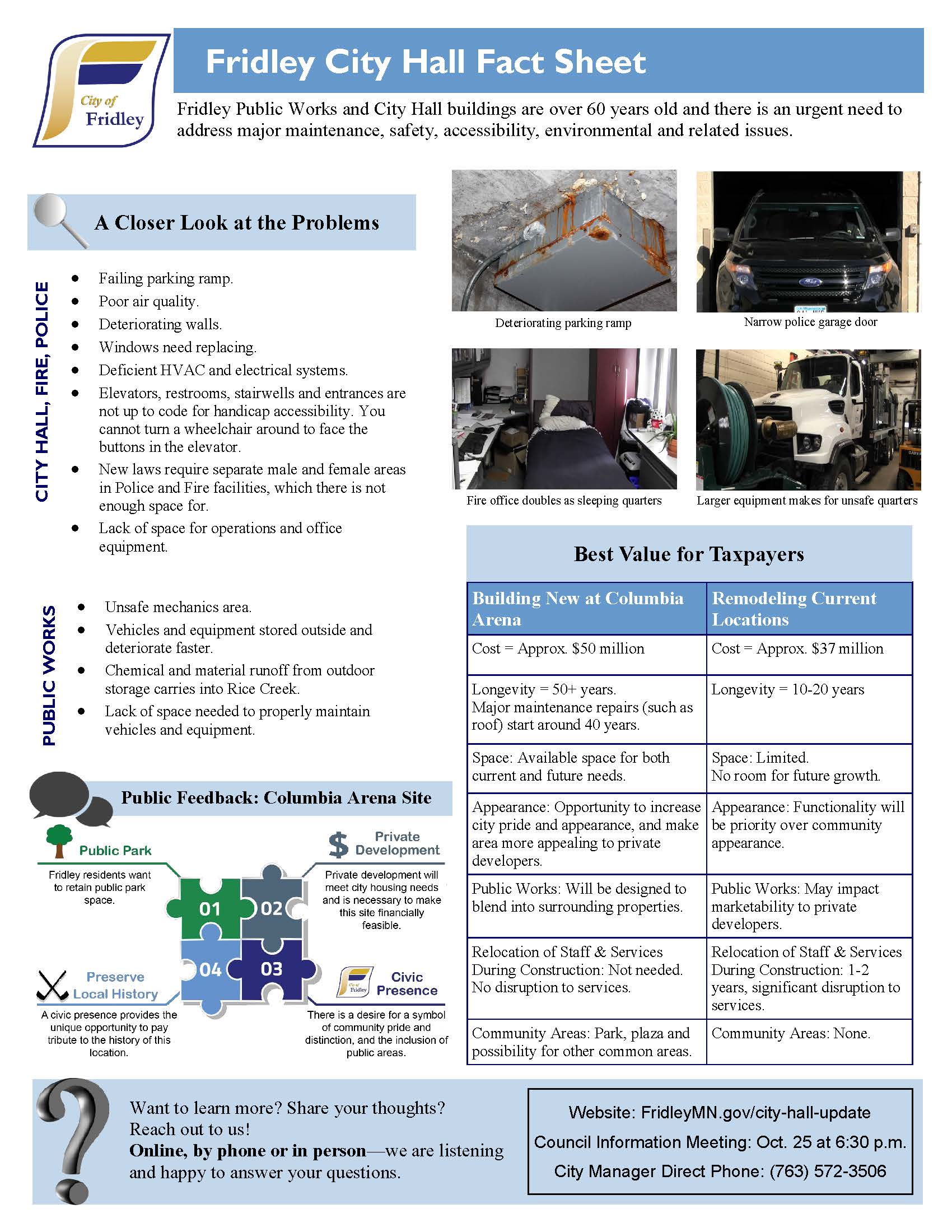 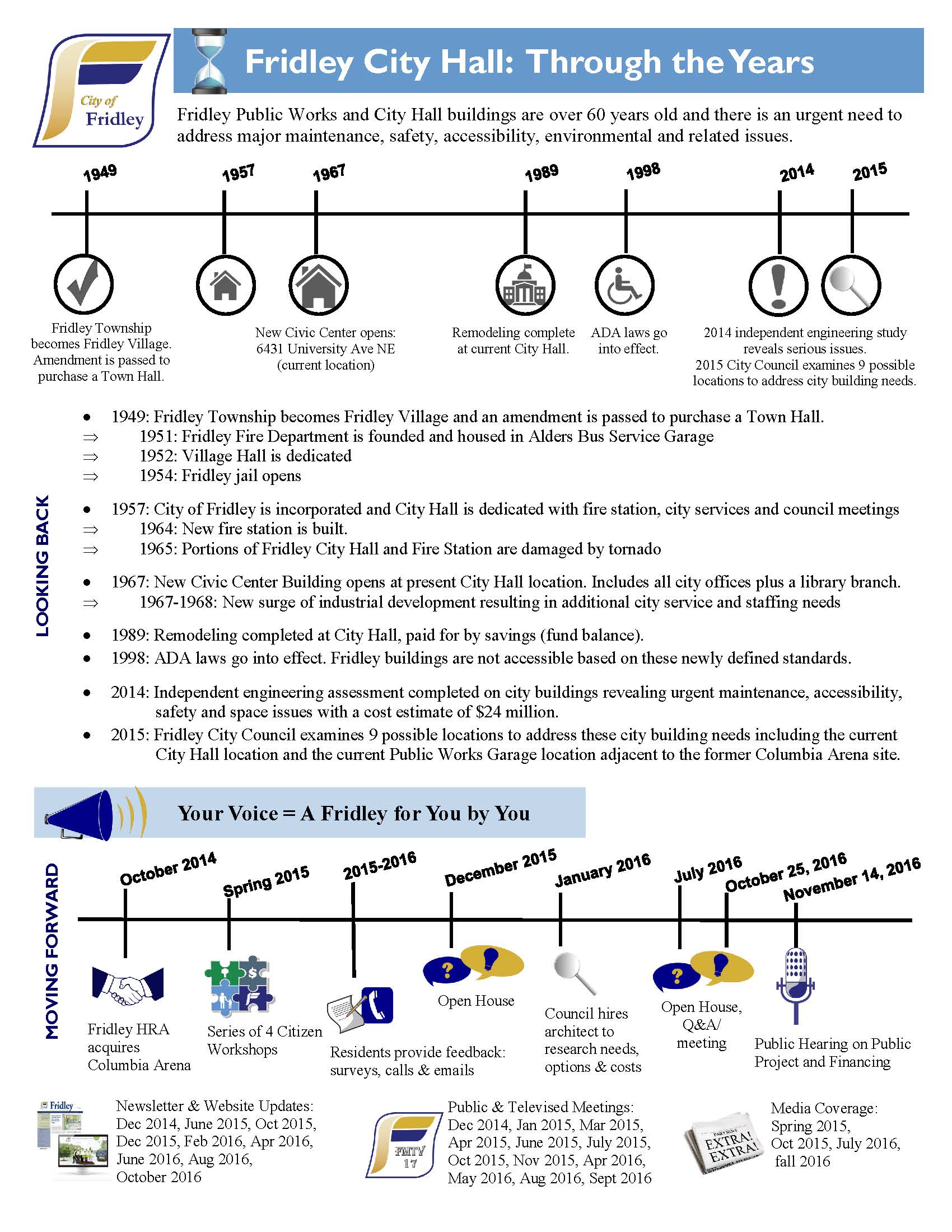 *Depending on computer speed, load time may be significant for the above files.

A required Environmental Assessment Worksheet (EAW) has been completed for the former Columbia Arena site to help determine redevelopment impacts.